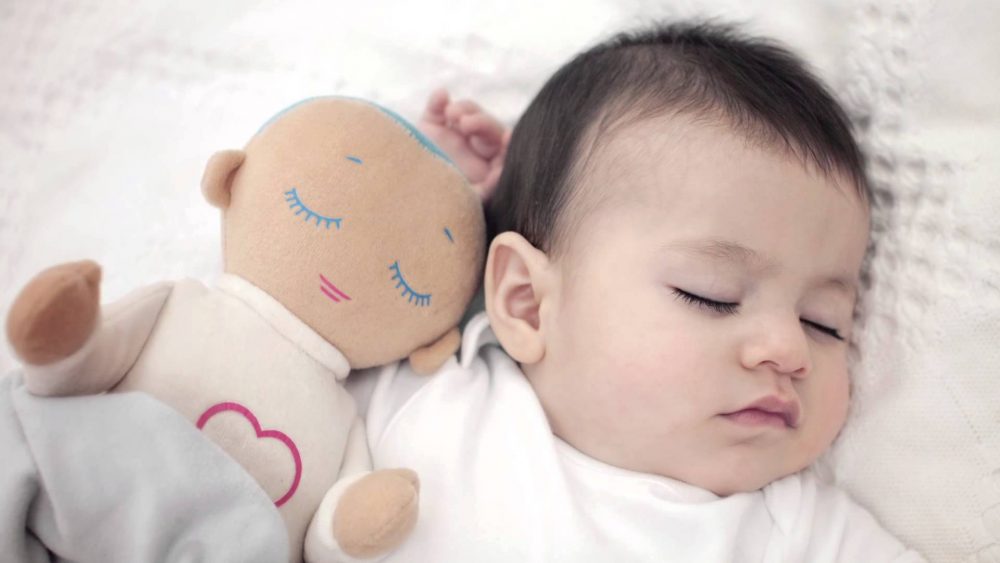 I have to be honest, when I first heard about the Lulla Doll, I thought there was no way that this little doll could make any difference in Hudson’s sleeping patterns. As you know we struggled a lot with ear infections, and when Hudson had grommets put in, after suffering from numerous ear infections (causing sleepless nights) we thought that our nights would get better. BUT it didn’t. Firstly we struggled getting him down at night. Partly, because he missed seeing his Dad during the day, and that meant that he wanted to make up for it, by having some play time. Secondly he was over tired because he did not sleep well at school. Thirdly, when he did go down; he would wake up every 30-40 minutes and by 12:00 am would be back in our bed.

After a few days this happened…

If you watched my Instastories, you would have seen the magic happen in a few minutes.

So what is this magic?

The Lulla doll was designed in Iceland as a sleep companion to give babies and toddlers comfort. It imitates the closeness to a caregiver at rest with its soft feel of natural cotton and soothing sounds of real-life breathing and heartbeat. “Lulla’s unique design is based on scientific research that shows how closeness and especially the sounds of heartbeat and breathing can improve sleep, well being and safety”

“There can be many reasons why parents can’t keep their little ones close. There are everyday situations where babies could benefit from an added feeling of closeness, for example for comfort in the car, to help them self-soothe or as a sleeping companion when mom and dad are still awake. There are also more serious reasons like illness and hospitalization of parents and babies. Indeed, the idea of the Lulla doll was born when my friend had her baby girl prematurely and had to leave her alone in the hospital every night for two weeks. That really struck a chord with me and it was then that I decided to bring the Lulla doll to life.”

Dudu Baba Company is the official distributor of the Lulla Doll in South Africa.

Firstly there are a few steps that you need to follow. Please be encouraged to be patient when you follow the steps. It is not a matter of buying the doll and giving it to your baby or toddler. This is what I did.

Introducing from 6 months on:

Hudson is now 17 months old. Firstly,I  wore Lulla for a day so that it would smell just like me. One of my friends said that their son has a bunny that he is very attached too. I suggested that she “wear” both Lulla and the bunny so that they both had the same smell of comfort. Secondly, each day after school, I would introduce Lulla to Hudson. The sound was off, and he was more willing to accept her because I made a big fuss about the doll. Once again be patient. It is recommended that you do lots of cuddles and even dressing Lulla up will help with the bonding period. Each night after bath time and while Hudson had his night time bottle, Lulla was next to him with the sound on (the sound box takes 2 x AAA Batteries, and its strongly recommended that you use rechargeable batteries. By the third night, as soon as he finished his bottle he would turn on his side, reach out for Lulla and fall asleep.

Firstly he didn’t wake up every 30-40 minutes. He started sleeping longer stretched at night. He started sleeping through until 04:00 am have a bottle and then immediately fall asleep again. This is the second week we are using Lulla, and boy oh boy sleeping feels so good! Hudson is not only sleeping better at home, but also at school. In the past he would only sleep in the afternoon, for a short period at school. Now he naps in the morning as well as the afternoon. Having two naps definitely helps because he is not over tired. Last night he actually slept until 05:00 before waking up.

I regret not having Lulla when Hudson was a newborn. I really feel that our sleeping days would have been so much better had we invested in a Lulla Doll then. A lot of you have asked me if its a good investment and saying that you don’t want to invest if it does not work. The Lulla Doll is definitely an investment that you want to make. Once off payment, and you save from spending R800- 1000 on doctor’s visits because your little one is not sleeping well.  I want to  reiterate again, be patient.

The response from my posts have been amazing and the lovely folks at Dudu Baba Proud exclusive SA distributors of the multi-award winning Lulla Doll has offered the following.