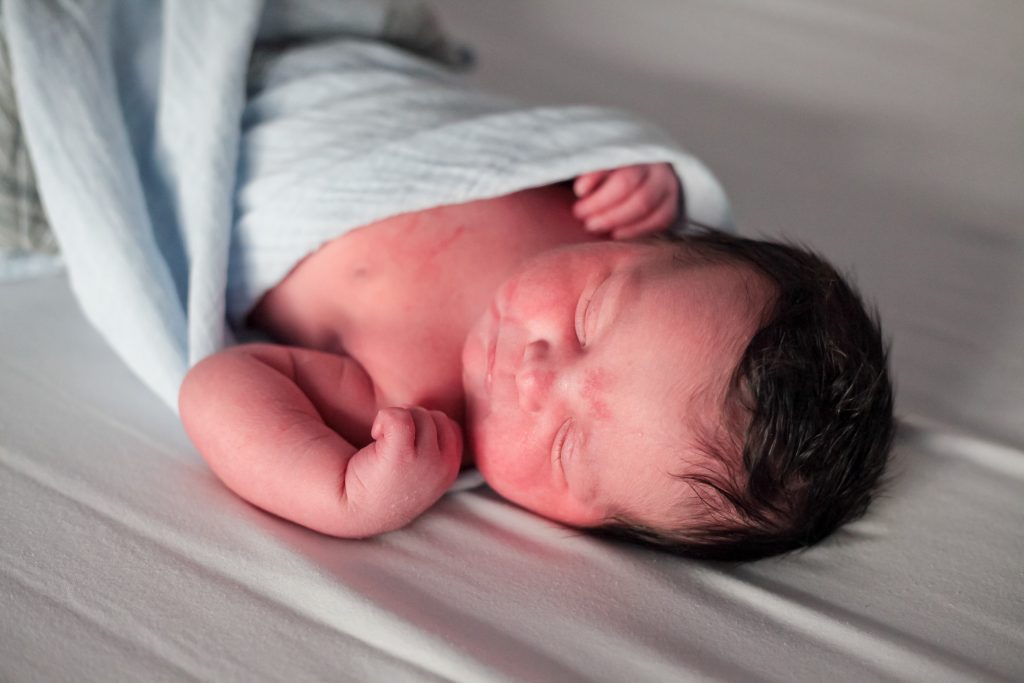 He is an American filmmaker and sometimes also acts in his own movies (minor roles). I have always said that he knows just how to mess with my mind. He has the ability to keep one guessing and questioning throughout a movie. He is best known for making films that has contemporary supernatural plots and twist endings. You will all probably be familiar with the Movie Sixth Sense staring Bruce Willis and a very young Hayley Joel Osment. Remember the phrase “I see dead people” ? here are some of his movies.

This brings me to Servant. In theory, Servant is about a grieving couple named Dorothy (Lauren Ambrose) and Sean (Toby Kebbell) in Philadelphia, who lost their newborn baby boy Jericho. The first episode starts off with the couple welcoming their new nanny. Dorothy is very nervous about this meeting as she wants to make a good first impression. The scene moves to the father going to the crib later that night and picking up the “baby” and hitting its head against the cot (I nearly died, until I realised that it was a “reborn doll). They bought the doll to help Dorothy cope with the passing of their son, and hired a nanny to take care of it.

Fast forward to Episode 9. This is the episode where we are finally told what happened to Jericho. The episode takes viewers back to that tragic day, and plays the past VS the present off against one another. Warning, if you are still planning on watching the series, then stop reading right now, as I will be revealing a lot here.

Dorothy’s husband is a celebrity chef and he left her to record a television show. We are taken through scenes, where Dorothy (a first time mother) is struggling with a crying baby that just does not want to sleep. She is a first time mom, who is clearly overwhelmed and shows signs of Post Partum Depression. She has no one to reach out to, or maybe she does not know how to? If you have been following me for awhile now, you would also know that I suffer from PPD. The biggest step for me was to admit that I needed help. I kept quiet for so long because I did not want to seem like a failure. I was lucky, I got help, Dorothy’s character did not… Every year there are stories about parents who forget their children in their cars. Mothers suffering from lack of sleep, desperation, postpartum depression, and fussy newborns. Dorothy’s very real meltdown was hard to watch.

We see Dorothy arriving home from the supermarket, taking the groceries into the house. She leaves the front door open, and proceeds to pack the groceries away, and goes on about her day, believing Jericho was in his crib napping. Now at this point I am sitting on the edge of the sofa shouting at the TV “The baby, the baby!!!!” I even shouted at Daniel and told him to come and watch. She barely registers the forgotten baby because she is so out of it. She even turns on a fan in his room without realizing he isn’t in the crib. It wasn’t until she checked the crib that night that she found it to be empty.

She goes to her car and takes Jericho upstairs, where they bath together. At this point she is so stricken with grief, that she looses touch of what reality is. She cares for her baby for four days. Now my first reaction was, “How could you leave your baby in the car and forget about him?” And then I stepped back and I remembered my journey. I remembered feeling so exhausted and empty inside. There were days that I would forget to eat, and I felt like a prisoner in my own home, being kept hostage by a newborn. I can not describe the space that one finds oneself in. And it is not an easy thing to just “snap out of”. Dorothy needed help, and there was no one to help her. At least I had my husband, and my Dad. This brings me to my point, do not judge someone without knowing their stories. There are some influencers who do this so often on social media, commenting on a mom they saw in the shops, street, car etc. Instead of bullying someone, by judging their actions find out how you can help or assist them. Find out what their story is, before you start judging. After watching the episode, I just held on to Levi. I hugged him and I kissed him. I am just so grateful that I have the support around me, to get help when I ask for it.

This website uses cookies to improve your experience while you navigate through the website. Out of these, the cookies that are categorized as necessary are stored on your browser as they are essential for the working of basic functionalities of the website. We also use third-party cookies that help us analyze and understand how you use this website. These cookies will be stored in your browser only with your consent. You also have the option to opt-out of these cookies. But opting out of some of these cookies may affect your browsing experience.
Necessary Always Enabled

Any cookies that may not be particularly necessary for the website to function and is used specifically to collect user personal data via analytics, ads, other embedded contents are termed as non-necessary cookies. It is mandatory to procure user consent prior to running these cookies on your website.