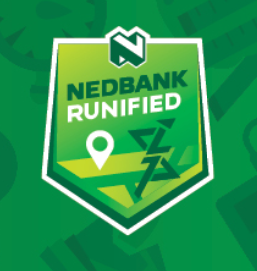 The various restrictions as a result of Covid-19 impacted the routines of many, and, while everyday runners and fitness seekers look to running to provide some form of normality, we all need to do so responsibly and minimise the spread of Covid-19 by adhering to protocols such as social distancing and wearing a mask. In light of the adjusted level 4 restrictions, Nedbank encourages runners on all fitness levels to compete in the series alone or with a family member living in the same house and not in groups or arranged gatherings.

‘Nedbank has been a supporter of running for decades. We kicked off this year’s Nedbank Runified series with the Breaking Barriers event in May, which put elite runners back on the road, and there we witnessed both Irvette van Zyl and Ketema Negasa break the 50 km International Association of Ultrarunners world record,’ says Kelly Thompson, Nedbank Sponsorship Manager.

The second instalment of the virtual series is open to the general public from across South Africa, Lesotho, Zimbabwe, Namibia, Mozambique and eSwatini. The distance will change each month, starting from 5 km and building up to a 10 km race by the final challenge in October, and once again will provide runners with the opportunity to unify by running remotely.

Exclusive spot prizes will be awarded to 10 lucky runners each month, courtesy of the Nedbank Running Club’s sponsors, namely Futurelife, Thirsti, Bavaria, Biogen and Nike. In addition, runners automatically stand to win a share of R70 000 Greenbacks and one lucky runner will also walk away with an all-expenses-paid trip for two to compete in a national marathon up to the value of R50 000.

Nedbank Runified 2020 winner, Tayla Foong, pursued her running journey at the peak of the national lockdown last year. With the help of Nedbank Running Club Modderfontein, she used the challenges to grow from strength to strength, which resulted in her completing her first 21 km run in October 2020. ‘To summarise, the secret to winning is to show up, even when it’s pouring down with rain, the weather is a little lousy or you’re just not feeling up to it. To show up, and put in the mileage, that’s the secret. Finish every challenge to the best of your ability, and most of all enjoy it, through the pain and, eventually, the triumph,’ says Foong.

In 2020, the Nedbank Runified challenges welcomed over 255 000 runners, new records, and a new elite athlete. Kelly van Vliet finished in second place, only eclipsed by record-breaking ultramarathon runners Gerda Steyn, Deanne Horn and Sanelisiwe Mbanjwa. For her achievements in the challenge, she won a Nedbank Running Club elite athlete contract for 2021.

‘We’re excited about bringing running events to life in 2021. On all levels, I understand the hard work and effort that goes into starting and completing these challenges and we are looking forward to seeing incredible results and hopefully new running club members,’ says Nick Bester, National Manager of the Nedbank Running Club.

‘The reality and effects of Covid-19 are still very prevalent, so partnering with a digital platform such as Strava allows people to connect through their passion for running while maintaining social distancing,’ says Kelly Thompson, Nedbank’s Sponsorship Manager.

Take the next step and join the movement. Challenge your limits, run and get rewarded. To keep abreast of all updates, join the verified Nedbank Running Club on Strava. For more information on the Nedbank Running Club visit nedbankrunningclub.co.za and follow Nedbank Sport on Twitter and Facebook.