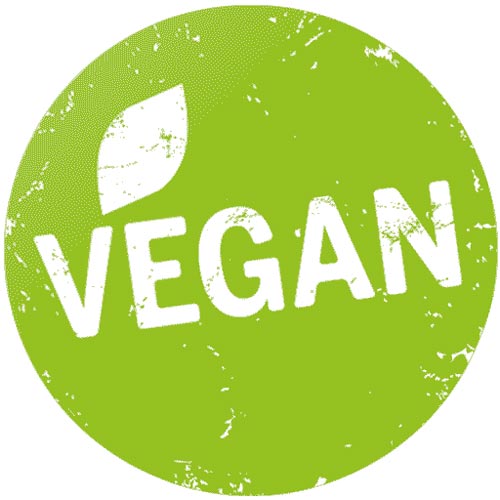 I have thought about changing my lifestyle for a very long time, but honestly I just didn’t know how to. I discovered Garth’s page last year November. Yip! I actually remember the exact photo that made me go , “Vegan, say what?”

This was posted on 17 November2017 the caption read:

At first my ill-informed self, said “How can this be vegan?” I thought vegan food was bland and boring and not too exciting? I am sure those are exactly your thoughts, right? Then these photos followed on Cape Town Vegan’s Instagram feed.

I instantly knew that our paths would cross one day, and a few weeks ago I reached out to him. I had a crazy idea and I honestly thought that he would say that we can not be friends, because I ate meat. My idea turned into an even bigger idea and now a few days away from going live and possibly viral! Yes, I am an optimist. But first, meet my Vegan Friendly friend, Garth from Cape Town Vegan

Garth is a full-time Musical Theatre Lecturer at the Waterfront Theatre School. He also tutors five private piano students and 11 vocal coaching students. PLUS! He is a jazz pianist and you can find him at The Piano Bar some evenings. He is also an undercover vegan spy that reviews restaurants, without them knowing. Just kidding, he is an avid food critic that does restaurant reviews.

Interview with a Vegan (sounds like a movie title)

1. What was/were the deciding factor/s for you to change your lifestyle?

My decision was an overnight one – I sat down to eating (what I then thought was) a delicious rack of ribs when it dawned on me what I was ACTUALLY eating. I suddenly felt the same way when watching a chicken being roasted or a fish being served on a plate. All of these things made no sense to me anymore and I genuinely felt “divinely guided” to shift to a more ethical way of nourishing my body. I have never looked back. It was an instantaneous shift of consciousness.

2. In your own words define Veganism.

In my own words, Veganism is a way of life that aims to cause the least amount of harm to any living, sentient being. In more layman’s terms for me it’s simply the exclusion of any animal products from my food or clothing (or any other purpose).

3. How long have you been living the Vegan lifestyle?

4. Another myth about being vegan is that you spend much more on groceries as a vegan than you do if you buy animal-based products. Without going into too much personal detail, do you think this is true? Do you think it’s possible to be vegan on a budget?

It really depends what you buy. For example: if you are going to eat out often, or buy ready-made meals or speciality items then yes, veganism can be very expensive. But the same can be said for any lifestyle choice. Have you seen how expensive meat is these days? If you aim to consume a whole-foods plant-based diet, free of any processed vegan foodstuffs then it can work out to be drastically cheaper! Two tips that work quite nicely is to buy your fruit and veg from a farmer’s market, your whole grains, beans, seeds and nuts from a wholesale distributor (like Atlas Trading in the Bo Kaap) and then you can do your shop at Checkers or Pick ’n Pay to get your fortified dairy substitutes and sweets (although they can work out pricey).

5. Do you remember your first vegan meal? What was it? Where did you have it?

I don’t specifically remember my first vegan meal, but I remember being amazed at how many taste experiences I had been missing out on. My tastebuds seriously exploded when I converted to a plant-based diet.

6. What do you think the most positive result of veganism is?

Where do I start?! There are so many positive results. You immediately become more aware, sensitive and compassionate to ALL living creatures, your health (providing you don’t eat processed fatty and sugar-laden foods) will take a turn for the better, and lastly you will know that you are making a difference to the planet for future generations.

7. There is a stigma that comes with being vegan, people often say that people who are vegan are always trying to guilt those around them into becoming vegan. What would you say to people who poke fun at veganism?

I think that in any race, creed, culture, religion or belief system there are those that give others a bad name. There are vegans out there that I am proud to call my friends who are kind, caring, compassionate people. There also vegans that I’d like to throttle. Let’s just say I try to focus my energy on what I can personally do to make a difference. I can’t speak for all vegans, but I can speak for myself which I think is a great way to live. Do what you do best.

8. I myself am not vegan but still wanted to educate myself in how vegan’s adjust their lifestyle from the way majority of South Africans eat. What is one thing you wish people would know about being vegan?

I want South Africans to know that every time you eat a plant-based meal you are contributing to your health, the planet and of course potentially saving the life of a sentient being by decreasing the demand for animal products.

9. There are a lot of rumors out there that vegans often do not get enough nutrients or protein because of all the foods they exclude from their diets, there are obviously studies for and against this. Based on personal experience, do you feel it is easy to keep yourself on track health-wise more so as a vegan?

I have honestly never been healthier. I have had a cold (that lasted two days) twice in almost three years. Vegans are not immune to airborne viruses but the ones that I hang out with are some of the healthiest people I have ever met. I have discovered (since becoming vegan) that a lot of the nutrition studies done to promote meat and dairy were actually funded by the meat and dairy industries. I feel more vibrant and full of energy than I did ten years ago. Why would I want to live any other way?

10. You’re always posting different vegan meals on social media, and they all look really good! What is your go-to meal that you think even people who aren’t 100% vegan should try out if they are looking to go vegan?

That’s SUCH a difficult question to answer! There are a few go-to meals that are insanely good: Pumpkin Flapjacks with Vegan Ice Cream from Scheckter’s Raw (Sea Point), the Vegan Buffet from Mary-Ann’s Emporium and Eatery (Gordon’s Bay) or the Sunday Buffet at Plant (City Centre), the Vegan High Tea at the Sea at the 12 Apostles Hotel & Spa (Camps Bay), the Build-Your-Own Salads at Salad Bae (in Sea Point at the Mojo Market), a vegan pizza at Massimo’s (Hout Bay), a Vegan Cheese Burger at Royale Eatery (City Centre) or a toss up between the Rooibos Tart at Dolce Bakery (Observatory) or a waffle with ice cream at The Hungry Herbivore (City Centre). Too many choices!

11. What is people’s general reaction to you being vegan? Have there been times when it was difficult for you to explain it to someone because they were so against it?

People are awkward at first, which I find so strange. Then come the questions! It’s amazing to watch how uncomfortable people become and how they try to justify why they eat meat: the irony being I NEVER blame anyone for their choices – each to his/her own! We are all on our own journey.

12. One of the top reasons for most people to become vegan is the animals being harmed in the food industry. What are some other reasons to go vegan?

13. Do you think there will ever be a period of time where we see a majority of people going vegan?

I think so. The stats are increasing astronomically. This is moving beyond a trend. Remember: there was a time when doctor’s recommended cigarettes and advertisements were everywhere, asbestos was used in the building of houses, and lead was found in paint. We look back at these things and wonder how ridiculous we were in just accepting these things as “normal”. 7% of the UK now identifies as vegan. That’s a staggering percentage. I think the world is onto something and the benefits couldn’t be greater.

I have decided to listen to my body and have challenged myself and my whole family to go Vegan for a week!. I will be leaving for Burundi on Friday 27, but U am still going to continue the Vegan journey, even whilst I am gone. Garth and I have some amazing vegan friendly brands on board with us.

You can reach out to Garth on

Stay tuned as I share our meal plan for the week in the next post; posts on the brands involved and of course my journey.