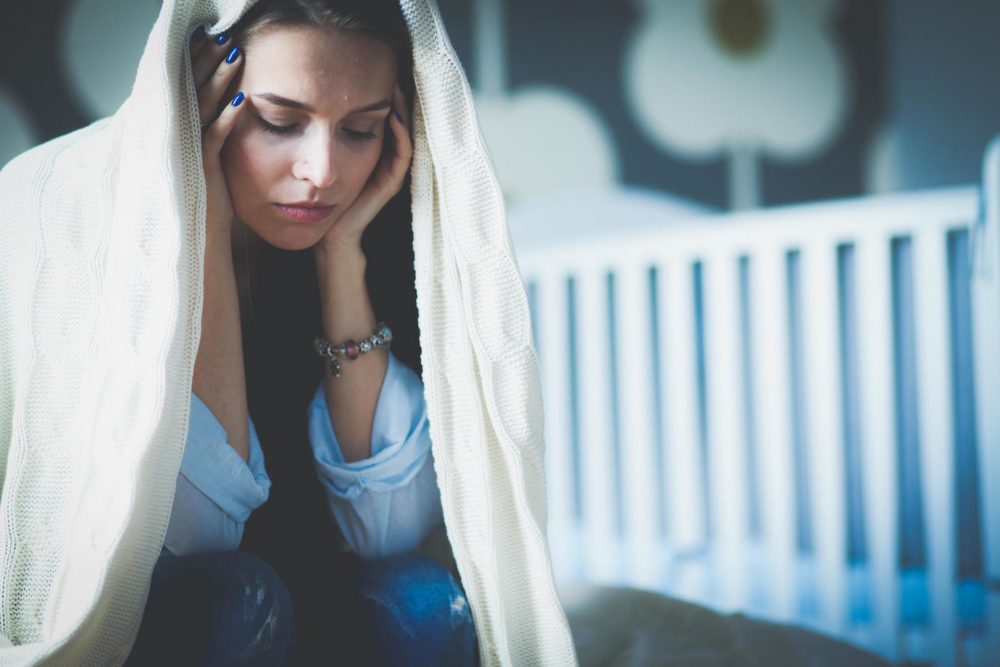 I started my blog last year in September. I remember it being a time where I felt so alone, and the silence around me was deafening. The post below was a post I did on my own journey with Post Partum Depression. It has been almost a year that I have been on anti-depressants, and as I stated in my post Still dealing some days a good and some days not so much. There is no escaping the stigma around PPD, but there is one thing that you can do. If my story resonates with you there is help. Never ever blame yourself; speak out and it’s OK to ask for help.

I remember being 30 weeks pregnant, driving home from work and suddenly just feeling lost and anxious. Lost because my mom had passed away a few weeks earlier and anxious because I did not feel prepared for the life growing inside of me. I remember calling my husband in a state of panic, worrying about small things like baby bedding not being ready and the color of the nursery not being finalized.  I remember telling him that I felt I had no control over my emotions. Admittedly I was afraid. During the last week of our pre-natal classes, we had a psychiatrist addressing the group on PPD. Somehow I knew that it would have an impact on my motherhood journey. You watch the shows, the movies and see moms on social media happily holding and playing with their babies, so surely PPD only happened to a minority of them…Right?

The day we brought Hudson home, was a day that we both longed for so much. Just to know that our baby boy was home. I don’t know why, but the first thing I did was change into maternity pj’s. Little did I know then, that I would be spending the next six weeks in my pj’s. The Sunday evening before my husband returned back to work, we sat in Hudson’s nursery .  I burst out in tears. I was tired, so tired. I don’t think I slept more than 20 min at a time. Between breastfeeding and pumping and not having time to eat I felt lost, I felt empty, I felt like I did not have control over anything. Also, I was afraid of being left alone with Hudson. I was afraid of not knowing what to do.

I did not take many pictures with Hudson in the beginning as one of my pregnancy ails were discoloration around my mouth and chin area. I felt disgusted every time I looked at myself in the mirror.I was told by a lot of friends, that newborns sleep all the time. In my case this was not the truth. I would sit in Hudson’s nursery for hours at a time as he did not want to sleep and when he did, he slept while I was holding him and as soon as I would put him down, he would be awake. He was not a fan of being carried in his Ubuntu baby carrier, so I was stuck, and on lock down in his nursery for hours on end. I thought that there was something wrong with him, because he was awake so much, and I blamed myself.

In the evenings I couldn’t wait for my husband to come home from work, because that gave me 2 min to shower, 5 min to eat and then I had to pump. Hudson did not want to latch for long periods and his pediatrician said that it was necessary for him to get x amount of breast milk. He was bottle fed with breastmilk for the first two months before he started latching properly. But even then, I continued pumping as I had this constant fear that he was not getting a substantial amount of nutrients that he needed. I pumped during the day and I pumped after every feed (every three hours) at night.

On our six week follow up, my gynecologist asked how my mood was, and I told him that I was not in a good space. I explained my anxiety, being left alone with Hudson, while my husband went off to work. How I felt trapped in his nursery and how I often thought about packing my bag, getting into my car and leaving. He asked if I wanted to see a psychiatrist or if he should prescribe an anti-depressant. Because I did not want to appear weak in front of my husband I told my doctor to prescribe the medication. He said that if I still did not feel better or see any improvement that he would recommend someone for me to see. The medication was safe to use while breastfeeding, so I did not have to wean Hudson at all.

I started the medication and started feeling a bit better, not over night I have to add. I still endured moments of wanting to runaway…..moments where Hudson just refused to sleep and I would leave him in his cot crying. I just had to walk out of his nursery and I found myself shaking to the core and counting to 20. I am a control freak, and I couldn’t control my emotions and that made me even more anxious.

At my final check up with my gynecologist, I told him that I was not coping and I needed help. He wrote a report for me, that he forwarded to the psychiatrist and I made an appointment that same day. I have to admit that I felt very embarrassed and threatened on our first session. I had to admit that I needed help to a stranger……more so that I was not coping as a first time mom. I felt defeated, because I was supposed to be a “Supermom”.  Anyone who has ever been in this kind of space knows how difficult it is. You can not just “snap out of it” . PPD is real, and there is so much stigma attached to it. Are you going to unfollow me, unlike my pictures because I am admitting that I experienced PPD?

This post was probably edited a bout five times before I was happy with it. One thing that was prominent for me while reading through this post  was the recurring “I”. As someone who writes academically on a daily basis, I avoid doing exactly the above. A part of me wanted to delete this whole post. In a moment of unsurety, I almost did. But then I came to the realization that the above is the space inside of me that has been a sufferer of PND/PPD creating a platform to speak out.  As mothers, do we ever stop and think of “I” ? When it comes to a discussion of topics based on depression, why are we so quick to judge?  Why is it so important to portray the role of a “Supermom”? why do we constantly need reassurance  of ourselves? We need support. We need acceptance. We need guidance. We need a release. But most importantly we need to be there for our children. But when you are feeling as if the world is sucking you in, how can you “perform” the role of a “Supermom” ?

You are not alone…

5 thoughts on “Reality of Motherhood”